A couple weeks ago I hosted an Influencer Brunch for some amazing Gainesville bloggers at the Sweetwater Branch Inn, the most beautiful event space in Gainesville. What started out as just an idea a month before turned into one of my favorite things I’ve done this year! It took a lot of planning, tons of emailing and messaging and some serious hustle, but it was so completely worth it! 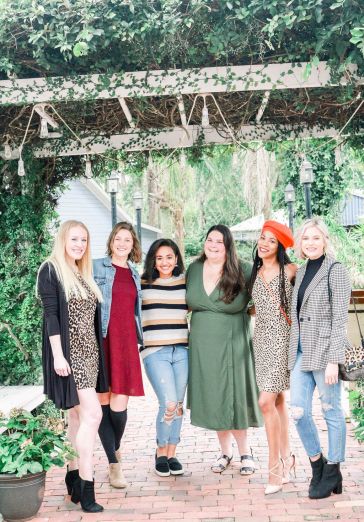 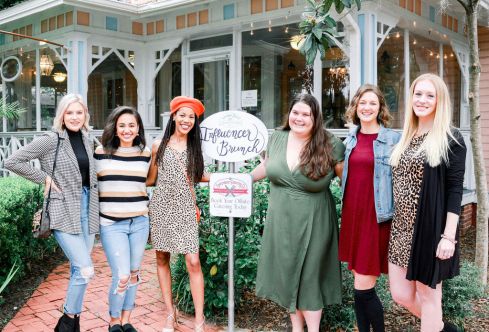 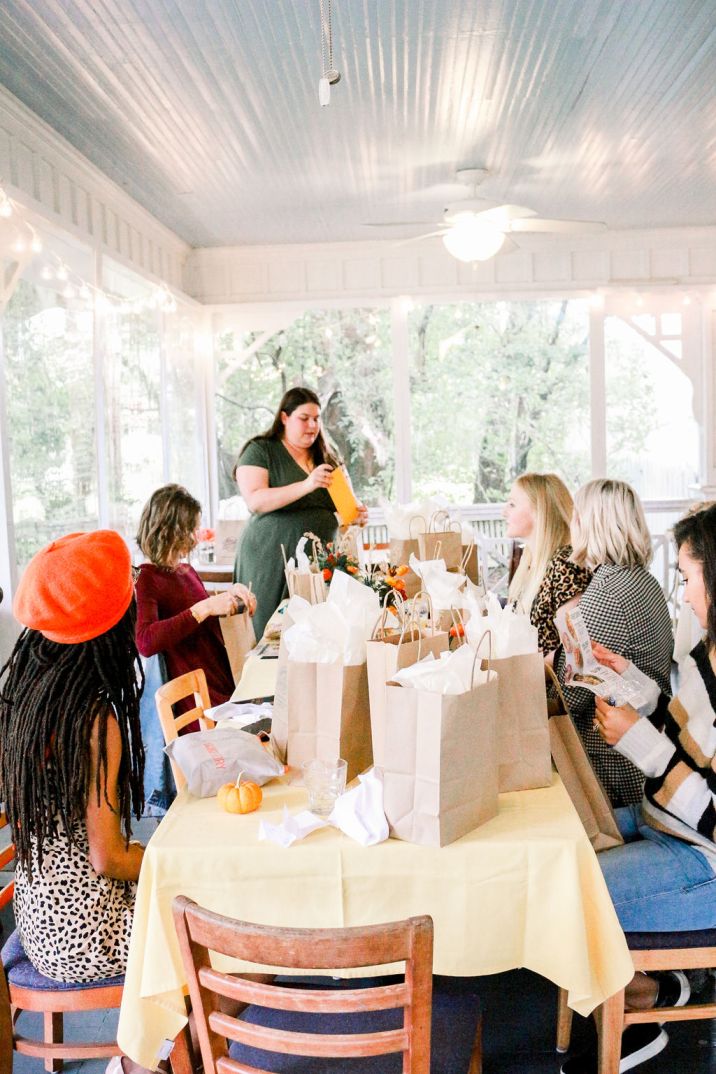 I’m going to share with you how I organized the event from start to finish, plus share a few tips and tricks I learned along the way.

1 Month Before: The Idea

I got the idea for an influencer brunch one morning while sitting on the porch of the Sweetwater Branch Inn. I work for them as a freelance social media coordinator, and I was brainstorming some content ideas. I had been to a couple influencer events but never organized one on my own, but I thought it would be such a great community-building event that could generate good content and buzz for everyone involved.

When I ran the idea past the Sweetwater Branch Inn owner Cornelia, she loved it! She offered to host an event for myself and some other local bloggers in exchange for social media promotion. I was so excited to get together with some of my fellow Gainesville bloggers and spend an afternoon creating, collaborating and getting to know each other. 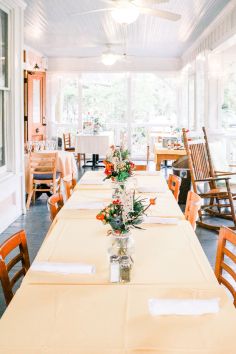 As soon as we finalized the date and time of the event I went on Instagram and started messaging Gainesville bloggers and social media influencers inviting them to the event.

Some of the girls I had met in person, some I had been internet friends with for months and others I had never even talked to before. I was trying to get a good mix of content creators who were all local to Gainesville and who I hoped would be interested in coming to the event.

We were hoping to have 10-15 people attend, so I asked about 25 people to come and I had 10 who said yes! Don’t be afraid to reach out to more people than you think you’ll be able to accommodate, because chances are not everyone will say yes.

I also started emailing local businesses to see if any of them wanted to be a part of the event. At the events I had been to in the past the person organizing had always provided goodie bags filled with items from local businesses, which would get free publicity in exchange for social media promotion.

I must have emailed and messaged 30 businesses, pitching them the idea of the event and asking them if they wanted to be a part of it. While I did get a good number of no’s (or no answers at all) there were also a handful of businesses that were excited to be included!

Week of the Event: Finalize the Details

The whole week of the event I spent every morning before work and lunch break (basically the only free time I have with my full-time job) organizing every detail I could. I was finalizing the goodie bag items, coordinating with Sweetwater and keeping all the girls who were going in the loop about what to expect.

I planned the menu with Cornelia, scheduled times to pick up the goodie bag items and I finalized the guest list. Everything was falling into place! But, just like with any event, there were a few hiccups I wasn’t expecting.

24 Hours Before: Be Prepared For Anything

Just 24 hours before the event, the photographer I had scheduled to come canceled because she was sick. At first I totally panicked because one of the things I had promised everyone, including Sweetwater, was that there would be a professional photographer there who would take photos they would all have access to.

But, just two hours later thanks to a lot of frantic Instagram and text messages I was able to book a fabulous photographer thanks to my amazing friend and fellow blogger babe Monique! She connected me with Barbara Mills of Barbara Ann Photography and she was the perfect person to photograph the event!

We also had a couple girls who told me they were unable to attend at the last minute, but it was all for reasons beyond their control and I totally understood! Event planning really teaches you to go with the flow.

The night before the event I spent it making sure all the goodie bags were packed, I had everything ready to load in the car and that my dress was steamed and ready. I could hardly sleep I was so excited!

The morning of the influencer brunch was a little hectic. I had to pick up a few last-minute goodie bag items and get to the event early to set everything up and coordinate with everyone. But, once everyone got there I had the best time ever! The girls who attended were seriously the sweetest people and I’m so grateful we got to spend the afternoon together. We had so much fun getting to know each other, taking photos and sipping mimosas. All the stress and planning was completely and totally worth it!

I want to thank all the local businesses that contributed to the event! It wouldn’t have been nearly as successful without them! 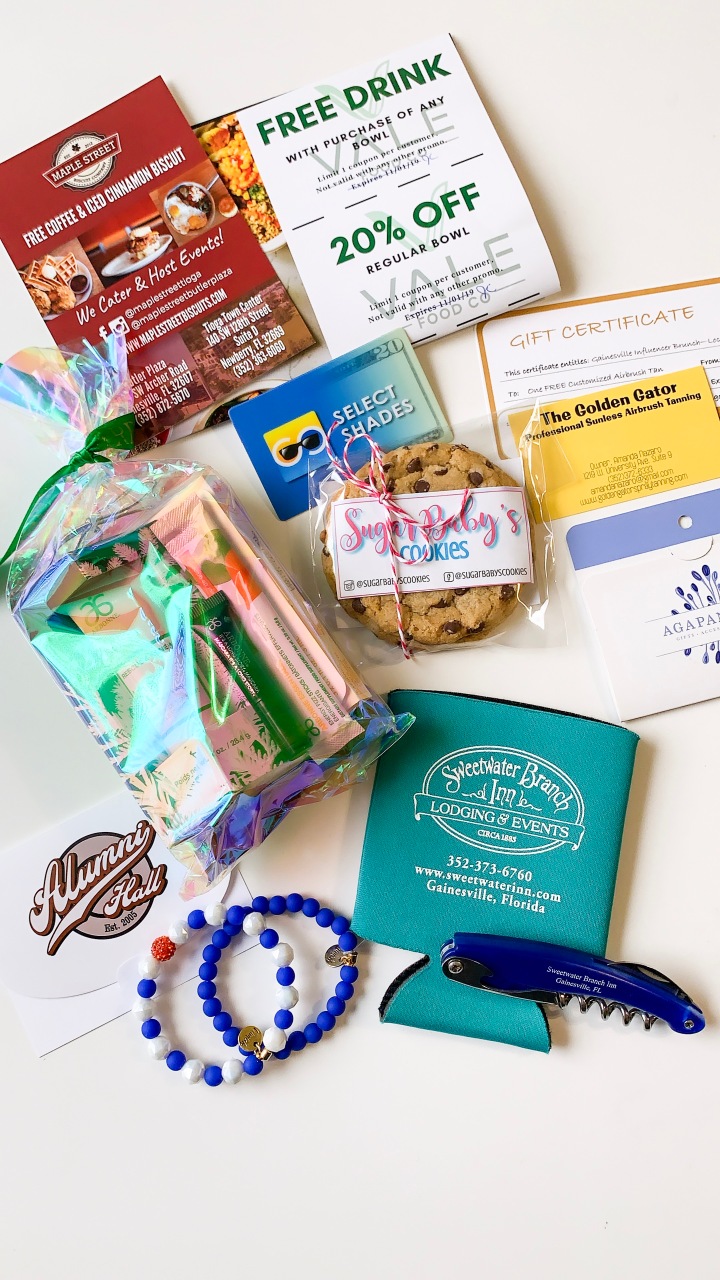 I can’t wait to organize more local influencer events. If you want to be included please send me an email!

Taking all the bump photos while I still can 🤰🏻
PACK MY HOSPITAL BAG WITH ME
Living in sweatpants for the foreseeable future 🤰🏻
When someone tells me I look so small for 36 weeks I say “just wait” and turn to the side 🤰🏻
A lot can change in two years, but one thing that will never change is how much I love this man ❤️
We can’t wait to meet you 💙👶🏻