I’M ENGAGED! It feels so crazy to say! Two weeks ago my boyfriend Jared got down on one knee and asked me to marry him, and of course I said YES! I wanted to share my proposal story with all of you, so read along to find out how Jared planned a super romantic proposal in Florida’s oldest city, St. Augustine. 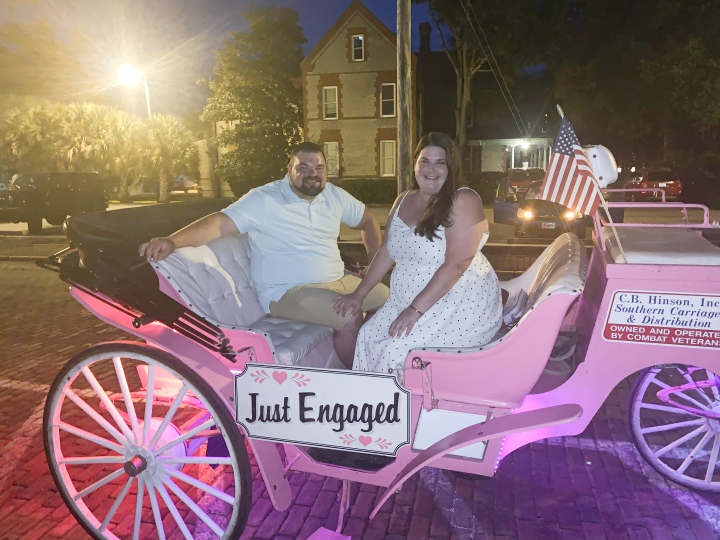 So here’s a little background on Jared and I. We’ve been together for nearly five and a half years and have been through so much together. Four moves, three cities, two new jobs, a college graduation and a pet kitty later and he is still my best friend in the whole world.

Jared and I have been talking about getting married for a while (and by talking I mean I kept asking if it was ever going to happen haha!) Little did I know he had bought me a ring three months ago and was waiting for the perfect time to pop the question! 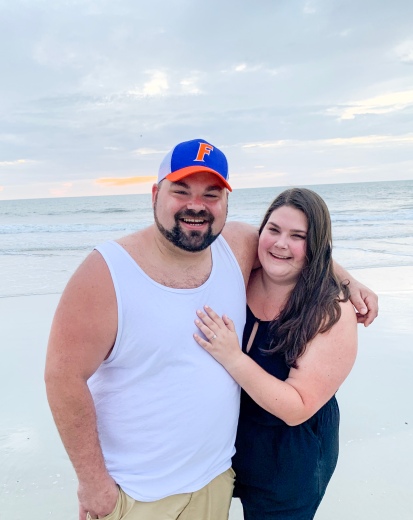 About a month and a half ago Jared decided to book a trip for us to St. Augustine Beach. It’s where we took our first vacation together in October 2014 and we go there every year with his family for a week at the beach, so it’s a special place for us. He booked the beach condo, paid for everything and told me after the fact, which was a pleasant surprise because he doesn’t usually plan things for us, that’s more my job (Type A planner right here!)

I was really excited to go to the beach and relax, and to also explore Historic Downtown St. Augustine. He also invited one of my sisters and her boyfriend to join us. I had no clue he invited them to make sure there was someone there to capture the proposal.

Then, about a week before we left he called me and told me he found a Groupon for a carriage ride in St. Augustine. Now, Jared is not the most internet-savvy guy, so my immediate reaction was “Groupon?? You don’t know how to use Groupon.” But he insisted that he had found a Groupon for a horse-drawn carriage ride through Historic St. Augustine and he thought it would be fun to go, so I said sure. In reality, there was no Groupon, he just knew I wouldn’t want to spend money on a carriage ride so he made one up!

Jared had actually booked the Proposal Tour with Country Carriages in St. Augustine weeks before he told me about the Groupon. I’ve got to hand it to him, he was really good about keeping everything a secret!

On Friday, July 12 Jared and I spent the whole morning at the beach enjoying the beautiful Florida day. Then we went back to our room, my sister Paige and her boyfriend arrived and we all headed over to the downtown St. Augustine for dinner before the carriage ride.

The evening started off a little rocky when we headed over to Prohibition Kitchen, one of my favorite restaurants in St. Augustine, and we found out there was over an hour wait. We soon realized that nearly every restaurant in the area had an hour wait, but since nowhere took reservations we were struggling to find somewhere to eat. We only had two hours until our carriage ride and didn’t want to wait too long and risk being late.

After making a few calls we finally found a restaurant with a 25-minute wait, and started to head over when we stumbled across Romeo’s Café, a tiny hole-in-the-wall Italian restaurant. We looked at the menu in the window and the food looked delicious, so we went inside to find the restaurant only had about 7 tables and there wasn’t a wait! 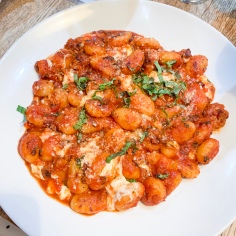 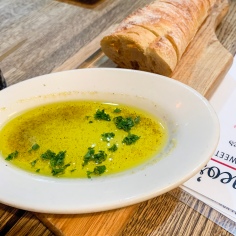 The dinner ended up being one of the yummiest Italian dinner I’ve ever had. I’m Italian and the food has a special place in my heart, so a meal filled with wine, bread and pasta is my idea of a perfect meal.

After dinner we walked over to where our carriage ride was set to begin. When our carriage pulled up I was so excited to find out that our carriage was pink! It was seriously so cute!

The tour started and our carriage driver was taking us around town, but not really talking very much. Turns out she ended up having to fill in for our original driver at the last minute and didn’t know about the proposal until right before we got on, so she was nervous too!

I was having so much fun riding through the streets on the carriage with Jared, my sister and her boyfriend. Soon we came across Flagler Memorial Presbyterian Church, one of the most beautiful churches in the city. Our carriage stopped and our driver told us that because the streets were wet we had to stop to make sure the wheels on the carriage were ok (which I thought was very reasonable) and then our driver suggested that we go over to the church garden and take some photos. She told us that the church had a bench called “Lover’s Bench” in the garden and it was right behind a statue of cupid’s arrow. 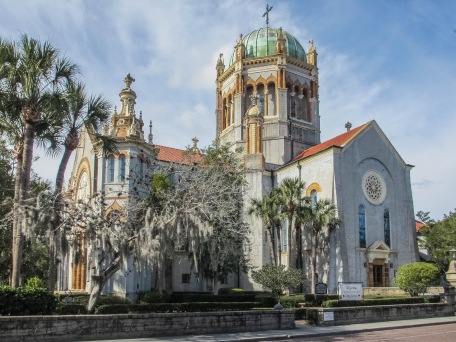 Cupid’s Arrow Statue
We hopped out and Jared and I sat on the bench while my sister took our photos. I didn’t even notice the ring box bulging out of Jared’s pocket because I was so distracted by how beautiful the church was. Even though it was dark out you could tell how beautiful the building was.

Then, Jared went to stand up and got down on one knee. My heart stated pounding when I realized what was happening, and my hands immediately flew up to cover my mouth as I started tearing up and smiling from ear to ear.

Jared pulled the ring box out of his pocket, looked at me and said “Kayla, I have two questions for you: Will you marry me and will you help me stand up?” It was the perfect way to ask me! Jared has always made me laugh harder than anyone, and he has bad knees from years of playing football so him asking me to help him up made perfect sense. Of course I said YES! 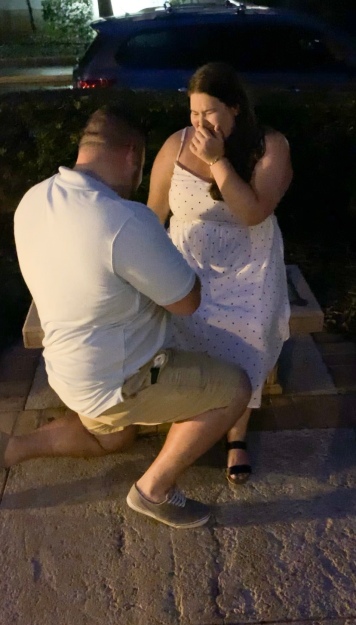 He picked out the most perfect ring all by himself and I’m absolutely in love with it. I still stare at it in disbelief and think about how lucky I am.

After I said yes my sister and I jumped around and well all took a million more pictures before getting back on the carriage. The driver hung up a “Just Engaged” sign on the carriage and we spent the rest of the ride calling our families (who all knew it was happening) to tell them the good news! It was the absolute best day of my life.

The rest of the weekend was spent celebrating and enjoying being engaged. We’ve started the wedding planning process and I can’t wait to share the whole experience with you all!

8 thoughts on “How He Asked: My St. Augustine Proposal Story”

Leave a Reply to Kayla The Happy Floridian Cancel reply