I’ve spent my entire life living in Florida and had never ventured down to Key West. After my day-trip to the United States’ southernmost city, I kept asking myself why I waited so long to visit.

Last week I traveled to my parent’s house in South Florida (on my very first airplane ride ever!) for some family time and a much-needed vacation. Before I left my dad made a whole list of places we should visit “for the blog” (he’s my #1 fan.) When he found out I had never been to Key West, he was shocked and decided that’s where we had to go before I flew back home.

Now, while my parents live in South Florida, Key West is WAY south. So it was still a 3-and-a-half hour drive down. We woke up at 7 a.m. Saturday and hit the road. The entire drive down, it was POURING! I was so upset because I thought we were going to drive all this way just to be stuck in a downpour. But, just when we were arriving to Key West, the rain stopped. It was cloudy, but at least it wasn’t raining.

We found some free parking (something hard to come by) and got ready to explore, two giant umbrellas in tow. But it turned out we wouldn’t need them, because by the time we got to the main area of the island, the sky was clear and blue. 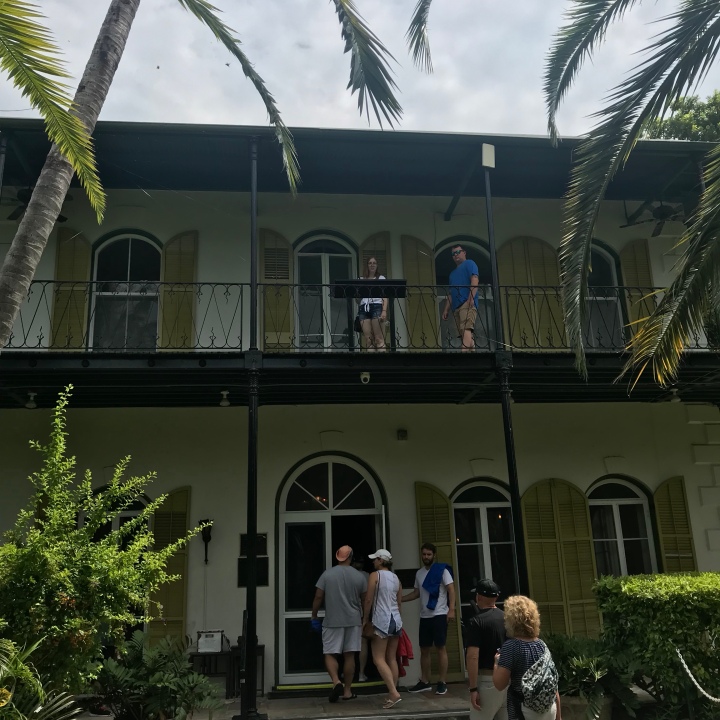 Our first stop was the Earnest Hemingway Home and Museum. Nestled in the heart of Old Town Key West, it was the home of one of America’s most respected authors and how is home to over 40 cats. I love cats so I was super pumped about that. We took a tour and learned all about Hemingway, his many wives, his many, many accomplishments and, most importantly, his six-toed cats. It was like traveling back in time with the historic architecture and perfectly-preserved living spaces.

Next we walked down to the Southernmost Point of the island to take a photo in front of the landmark and be extra touristy. The line to get a photo was pretty long, but we only waited about 10 minutes. It’s so cool to be there and realize that it was as far south as you could get in the U.S.

We then decided to take a walk down Duval Street, Key West’s major road lined with bars, restaurants, shops and pretty much any store you could think of. We spent the next three hours making our way up and down the road, visiting stores selling everything from fine art to rooster paraphernalia (roosters walk around in Key West like pigeons do in New York.)

We decided to grab a slice from Angelina’s Pizzeria. a small shop with a arcade and the undeniable aroma of tomato sauce and cheese. It was delicious and pretty cheap too! Then we wandered over to Fat Tuesday, because what’s a day in Key West without a little drinking? I got a frozen strawberry margarita and it was the prefect thing to cool you off on a hot day. 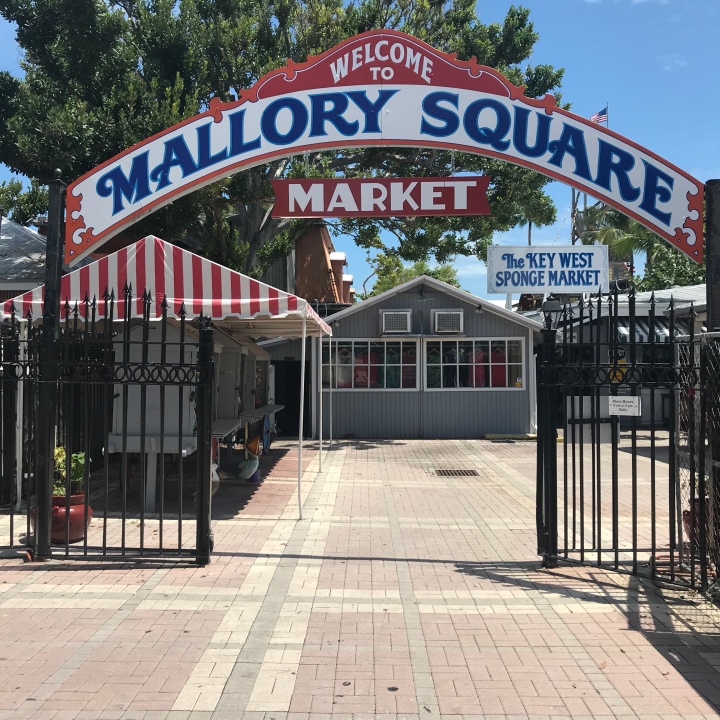 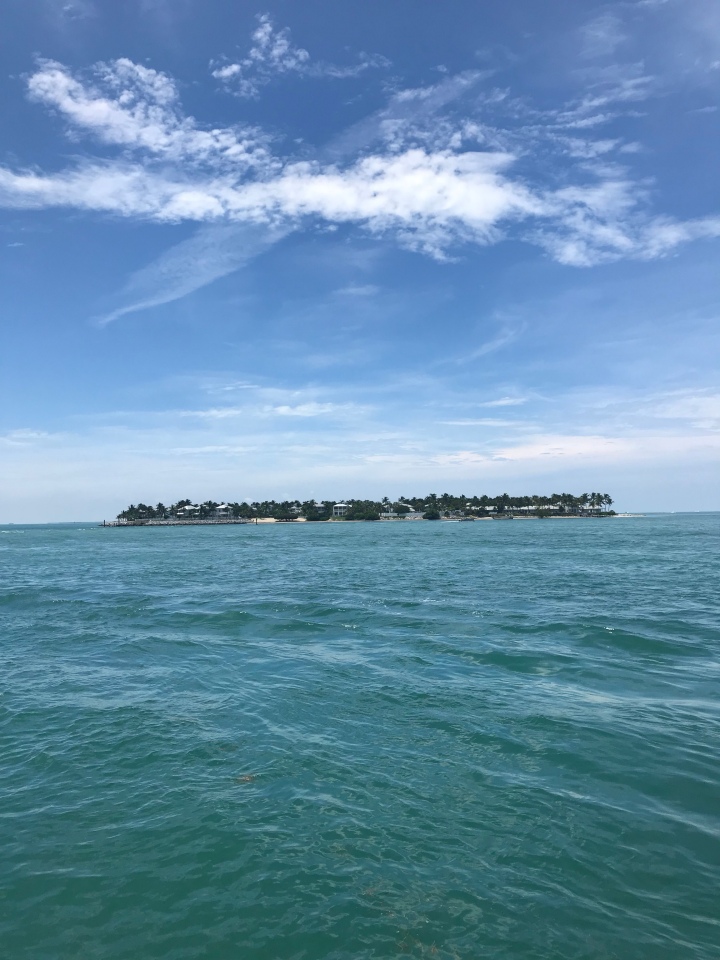 After wandering around we made our way to Mallory Square, an area right on the water which is usually filled with vendors and street performers every night. We were there during the day, so it was just a nice, relaxing spot to look out at the water (and snap a few pics of course).

As we made our way back down Duval Street, we stopped at the Key Lime Shop and grabbed a slice of homemade Key Lime pie for my dad. He loved it!

After six hours walking until our feet hurt, we decided to head on home. I can’t wait for my next trip to Key West, it’s definitely a place you’ll want to visit over and over again.

The perfect way to end any workday is by taking way too many Instagram pictures 📷
There's something about a fresh manicure that makes you feel like you can take on the world 💅🏼
Just wear the damn bikini 👙
Ending my vacation with a small sunburn and a full heart ❤️
Wake up, pool, beach, pool, beach, repeat ☀️
🌴 Vacation starts now! 🌴