Grub Burger Bar in Gainesville is taking American classics and turning them on their heads. From milkshakes spiked with beer to burgers so spicy they’ll make you sweat, this fast-casual restaurant is dishing out some of the best food in the area.

Grub Burger Bar opened a couple months ago in Butler Town Center in Gainesville, and when I checked out the menu I knew I had to eat there ASAP! 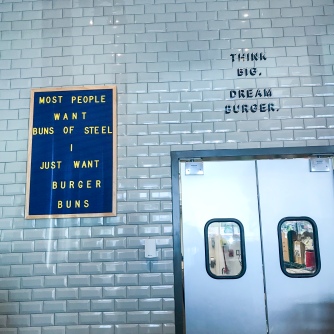 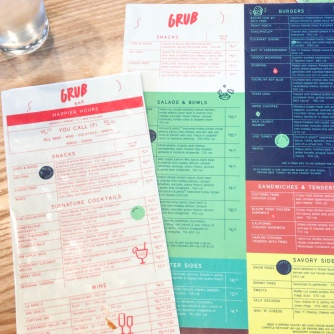 It seems like fast-casual restaurants are opening up all over the place, but I’ve never seen one like Grub Burger Bar. The restaurant comes with a full bar dishing up boozy shakes and creative cocktails, and its menu is full of decadent dishes that take American food to a new level. After talking to the awesome manager Jared, I learned that everything at Grub Burger Bar is fresh and made from scratch, including the buns that they bake on site.

After walking into Grub Burger Bar, I immediately felt like this would be a great place to kick back with friends and eat some awesome food while watching a game or just spending some time together.

My boyfriend and I perused the menu, and there were so many delicious options we could hardly decide, so we opted to go with a medley of choices. 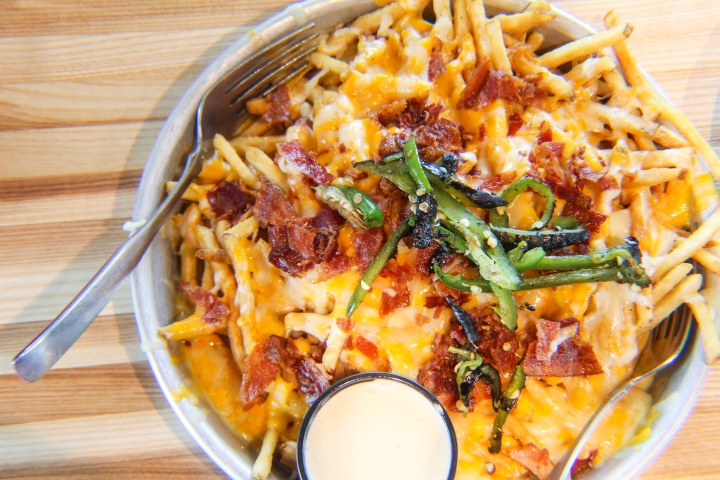 We started with the cheese fries and the honey sriracha wings, a new item that the restaurant was trying out. The cheese fries were skinny, crispy and covered with Monterey Jack and cheddar cheese, bacon and jalapenos. The jalapenos gave the fries a little kick, and the cheese was so gooey it oozed off each fry.

The honey sriracha wings were so tender that after one bite the meat fell off the bones. They were pretty spicy, but so good I couldn’t stop eating them.

We of course had to try out a couple of burgers. Grub Burger Bar has plenty of choices, with burgers made of beef, turkey, salmon and even a chickpea and eggplant burger for the vegans out there, and toppings ranging from macaroni and cheese to mushrooms sautéed in Absinthe. 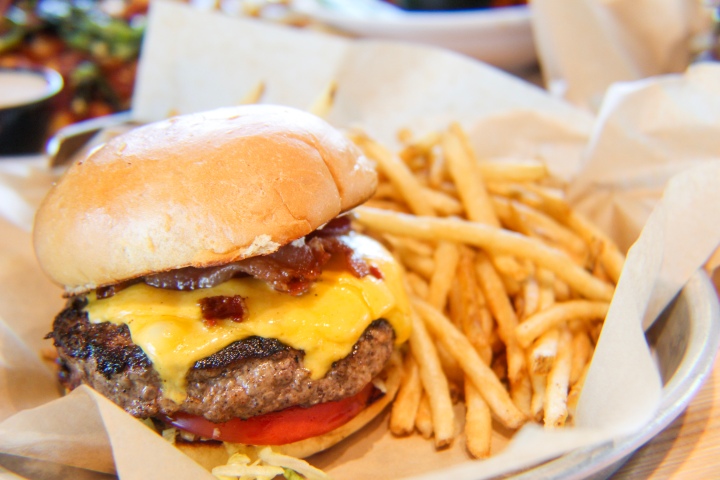 I went with the Bacon Love #9: a beef burger topped with Applewood-smoked bacon, American cheese, pickles, lettuce, tomato and secret sauce #9. Let me tell you, this was by far the BEST burger I’ve EVER had! The burger had a light crust on the outside from the grill, but was juicy and tender on the inside. The veggies on top were super fresh, and the bacon was crispy. The homemade bun was the prefect thing to hold it all together.

My boyfriend, who loves spicy food (like he puts hot sauce on everything), ordered the “Scorpion” burger: a beef burger topped with Pepper Jack cheese, Trinidad Moruga scorpion sauce, grilled jalapenos, lettuce, tomato and garnished with a pickled habanero pepper. My spice tolerance is pretty low, so I didn’t take a bite, and even though my boyfriend loves spicy food, even he was sweating by the time he finished eating. I asked him why he didn’t stop if it was so hot, and he said it was too good to stop eating. He must’ve drank a gallon of sweet tea to wash it down.

Of course we couldn’t resist ending the meal with a sweet treat from the bar. Grub Burger Bar has some awesome spiked shakes, and we ordered a Shandy Burr: a vanilla shake spiked with Blue Moon and topped with an orange creamsicle. I would have never thought to spike a milkshake with beer, but I love whoever came up with it! It was the perfect summer drink.

Between the chill atmosphere, delicious food and tasty drinks, Grub Burger Bar quickly jumped to the top of my list as one of the best restaurants in Gainesville. Make sure you stop on by and get your grub on!